This year’s YMYL SEO horror stories include classics such as “Removing written content from pages to improve load speed” and “only allowing one person to handle leads, and the agency then being blamed for lack of conversion”. 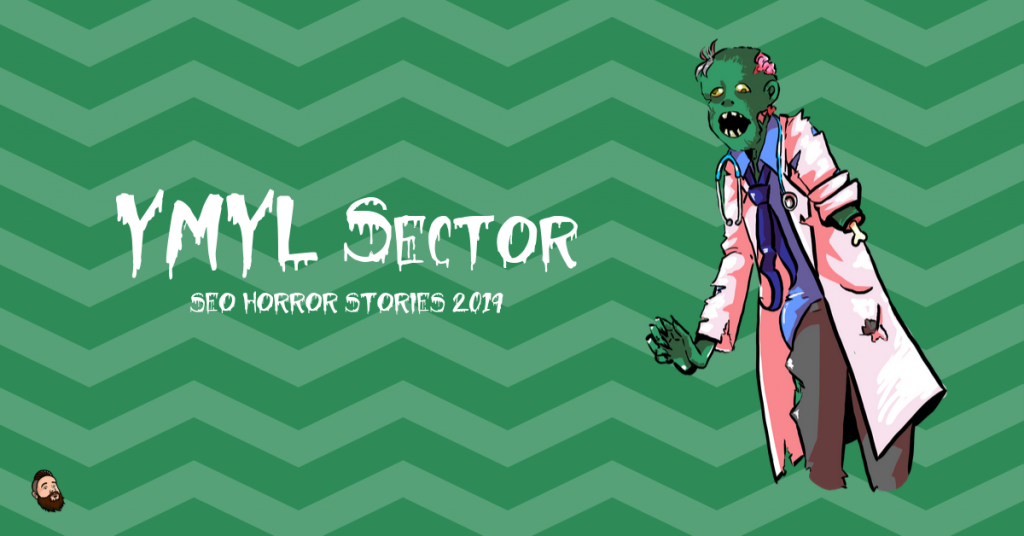 I was working with a massive website in the health / medical space. On a Monday morning, the editorial team was crawling a recently published article to check for dead links and realized that the robots.txt file was blocking all robot access to the site. Apparently, the developers pushed out an update on Friday but forgot to remove the directive from the robots.txt file.

The problem was fixed on Monday morning, but traffic went down by about 10% and was slightly depressed for a few days. Not a huge deal, but enough to cost several hundreds of thousands in revenue.

A couple of stories

1) A client of ours refused to track form submissions and phone calls as conversions, because “he knows better if there are more online leads”

2) A client’s business was going flat, while rankings, online leads, and calls were going up. After digging, we found out that a receptionist was not allowed to give any information, and only the owner (who was always super busy and unavailable) was allowed to talk to potential clients. After pointing that out, our agency got fired the next day due to “not delivering results”.

Based on my audit of a federal (.gov website), the developers started implementing all items that were mentioned. This includes the fact that some pages didn’t have strategic H1s. They took that issue to mean that the entire page should be blocked via a meta noindex tag in the header – blocking Google from crawling pages that were ranking in the Featured Snippets for high volume terms.

Luckily I spotted the issue before Google had a chance to recrawl those pages and we were able to remove the meta noindex tag.

I had another client who brought me on board due to a drop in organic traffic. They had launched their new redesign on an intentionally public staging URL while keeping their old site up – with the intention of getting stakeholder feedback. Google indexed their new design on the staging URL and started ranking some of that content over their public URLs. It took them months to fix the issue and get back the lost traffic.

The client’s site was professional services, which if anything made this suggestion even more shocking as the content was essentially their service list. It didn’t perform too badly in Google but there were some speed issues that we knew were an issue.

Needless to say, they completely vanished from the rankings, still had the site speed issues and experienced a disastrous drop in traffic.