This year’s iGaming & Betting SEO horror stories include classics such as “Wanting to publish a new website with the old one live” and “not wanting to disavow links incase it highlighted to Google that bad links exist”. 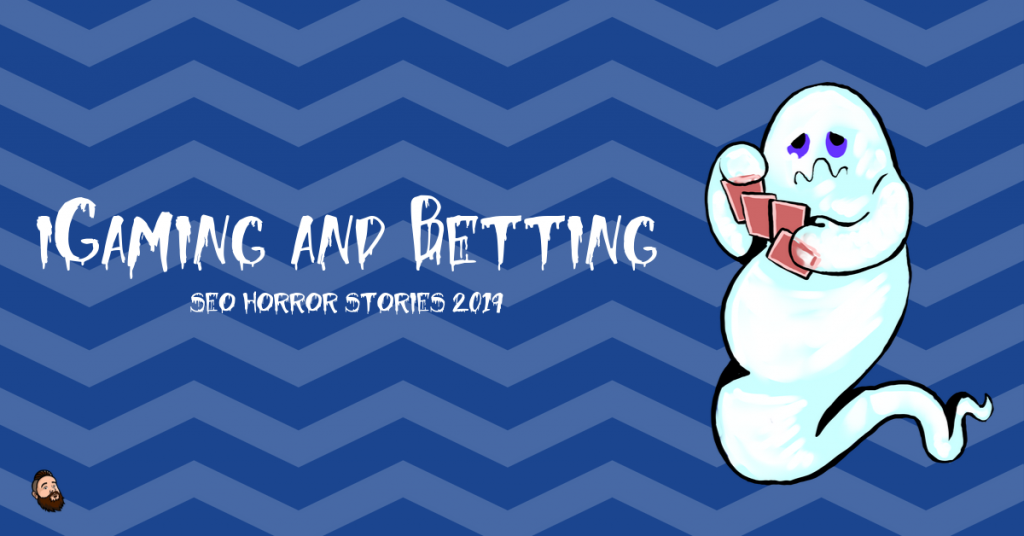 A client at my last agency role wanted to migrate their site in a way that sent users to the new site and hid it from indexing whilst leaving the old site live for Google to crawl.

The cloaking risks were huge. Luckily the client trusted us and after a few calls with the team and their higher-ups, they decided to not go down that route.

There were a few disappointed people on their side considering an in house team spent weeks baking up the plan and producing all the documents before informing us and being told it was a terrible idea, but it could have been much worse for all involved.

I was informed by an agency I was working with that

Got hired a few years ago to set up an entire gambling promotional website, sweet gig right?! Company then gave me approximately 200 Swedish keywords to use, all full of misspellings and such, “These have no competition” they said. “Use exact matches in the content regardless of spelling,” they said.

The website was shut down by the company a few months afterward, imagine my shock.

Worked with a client for a number of years as their web development agency, working alongside their in-house team.

Since the get-go, the website has been forced onto www.-, and all backlinks, redirects, absolute URLs etc use this. However, on a recent launch, a member of their in-house team set up Google Search Console to not include the www.- subdomain (don’t ask why new GSC profiles were being set up, even longer story). Rather than look at the mistake and simply amend the Google Search Console, this member of the in-house team is asking us to force the site to not use the www.- subdomain and is even requesting we change canonicals and absolute URLs to reflect this.

It’s a 30-second job to rectify the GSC mistake, but instead, they’re asking for thousands of dollars of work to cover it up and then go through the process of redirecting URLs etc

Panic call from the client, they’d Googled themselves and the homepage had disappeared.

Seems like other pages were dropping out of the index too. We checked a few things and identified that Google’s seeing a 404 on all pages of the site in a number of their tools. Asked client if anything had been changed or added in terms of a block….and yes, someone had asked the dev team to block all US traffic. Googlebot blocked completely. Joy. Removed block and all back inside 4 days. Actual joy.