One of the reasons I love SEO is the community, and I’m a firm believer in helping put back into the community that has given me so much.

This is why I’m an active writer of guides and articles, as well as being active in the BigSEO Reddit Slack Channel, and on Google Product Forums.

I’ve also been fortunate to be involved in a number of SEO tools and software that help SEOs do their jobs a little bit better. The projects I’ve been behind and been involved with can be found below.

Project Sloth is the development of a self-sufficient service worker bundle that can implement technical SEO fixes and necessities, such as Hreflang, Canonicals, Meta tags, bypassing legacy tech stacks with little to no DevOps costs.

The Cloudflare Workers project and research behind this was the feature of my talk at TechSEO Boost 2018, and won the 2018 TechSEO Research Competition.

Sloth is an open-source platform, under MIT license and can be found at https://sloth.cloud.

Sloth was released to selected Alpha testers on December 13th, 2018, and fully released as a stable version in January 2019.

The goal is to continuously develop the tool to grow beyond Cloudflare Workers, and incorporate similar technologies produced by other CDNs and serverless providers.

HreflangChecker.com is a modern web application designed to test and validate the Hreflang implementations of user submitted URLs. Having working with a number of companies on their international SEO, I wanted a tool that helped provide a “mini” audit in a fast fashion, as well as provide recommendations.

As well as validating Hreflang implementations on a website, the tool also provides suggestions and recommendations inline with Google’s official documentation.

In 2019 the goal is to expand the tool to make it the first multi-lingual Hreflang validation tool that’s free.

Entity Worker is a Django based web application, that runs a Python script to perform MREID lookups. The project is currently in BETA to a closed testing group, and will be launching March 2020. 1863 is a pet project of mine, as I’m working on documenting football in the United Kingdom during the Victorian era. The English Football Associated was founded on the 26th of October 1863, in London.

The 1863 project aims to detail the English game between 1863 and 1901 and catalog the early days of association club and international football in England.

This is an ongoing side project, and I’m actively looking for contributors and other enthusiasts to help out! The technical SEO podcast is a hobby venture originally started with fellow SEO Adam Gent. The first season recorded with 5 episodes and more than 2 hours of audio content, featuring the likes of Kevin Indig, Russ Jones and Barry Adams. 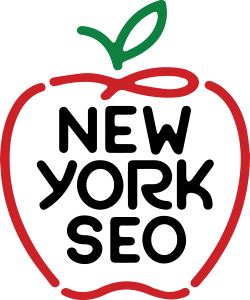 In November 2019 I hosted the New York Tech SEO Meetup, held at a private bar in New York City.